For ages we had been wondering why we weren’t getting more power from our solar array. It’s non stop sunshine here, so no problem with the source. Ten days at anchor after a five day sailing passage highlighted that issue! Turns out they had been wired in wrong from installation. Russell’s attempt to rewire them to get more power was indeed successful but ended up melting the control unit as it produced so many volts 🤦‍♀️. Russell’s further investigations revealed several insufficient charging issues… which seemed to end in a two week saga sorting, sourcing/importing and fitting extensive equipment and wiring. A huge thanks to Wes from Catlanza who despite a hernia operation managed to greatly help us out and resolve all the issues. Russell is now an expert in electrics too, although he does appear to have skinned the back of his hand feeding cables.

My mere job has been to entertain the children and keep them clear of the yacht whilst all the work has been going on. Trying to teach in 30+ degree heat whilst stuck in a marina for two weeks and turfed out of your home has been interesting. Turns out the laundry room at Puerto Calero marina is both immaculate and remarkably cool – so it became our new classroom! We also managed to find a use for all the mastervolt packaging for the new battery charger units…our lesson on Romans included making Roman shields, helmets and swords (and a mosaic too).

And a huge thanks to Wes for getting the boys and I on his pirate Catlanza catamaran trip (highly recommended) whilst Wes and Russell boiled wiring the boat. But hurrah we are now getting 7x more power from the same solar array! 😁👍☀️. It must be worth all the waiting and pain! 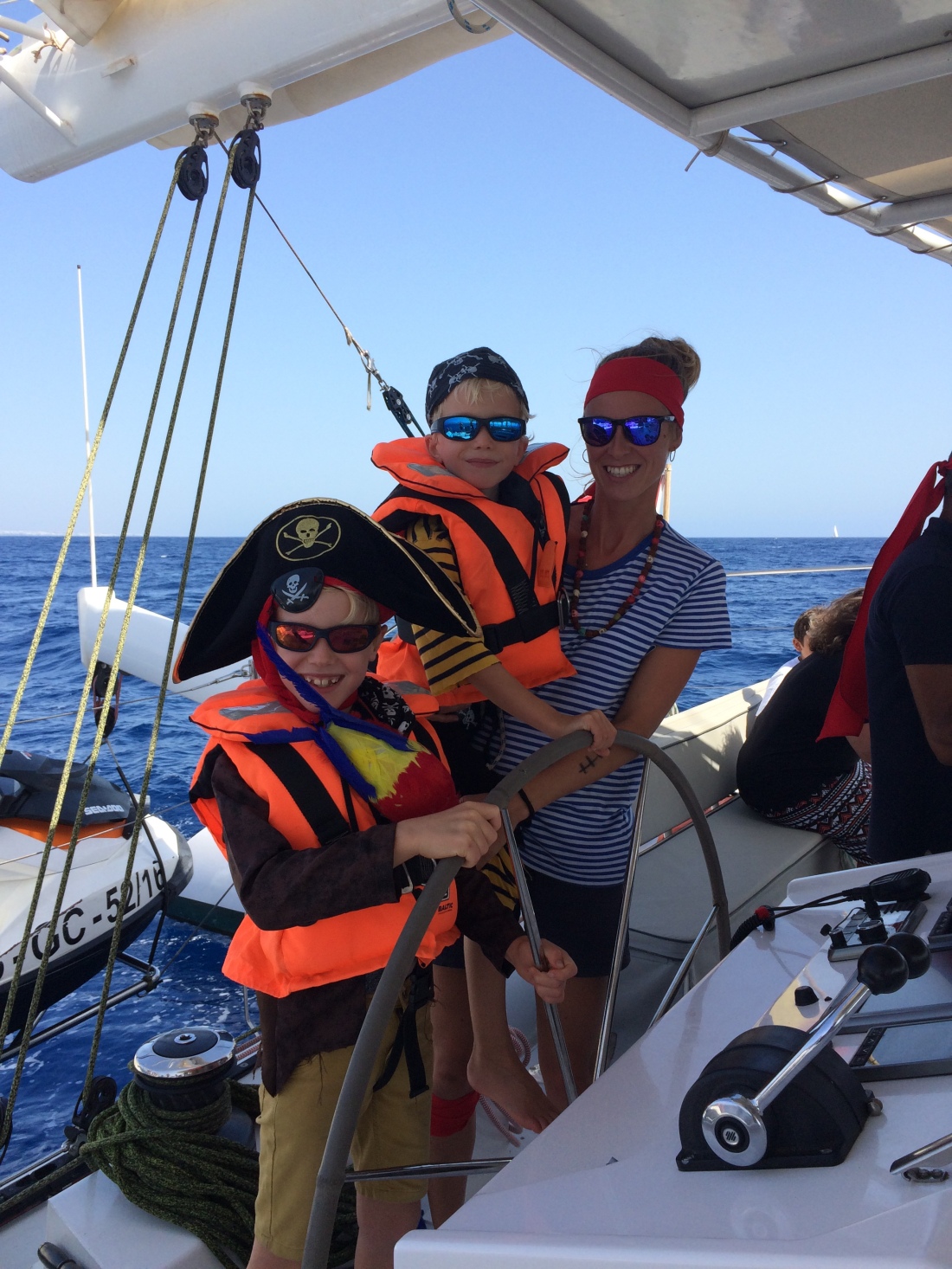 The fantastic Catlanza catamaran team and the boys as adopted mascots!