18 days, 23 hours, 24mins and 52 seconds – that’s how long it took us to sail 2910 nautical miles across the Atlantic from Grand Canaria to St Lucia. It’s a long time with two small children in a space no bigger than 21 square metres!

I’m not sure we can say the last section was easy, but after you’ve faced horrendous waves and wind you are eternally grateful when it eases even the teeniest amount.

We played musical instruments, games and had fun. The boys have made about 100 pom poms enroute so they decorated the boat (outside too)!

The chess and draughts board made it out (magnetic) and Paul managed to take loads of sights with the sextant, also teaching Hugo too. 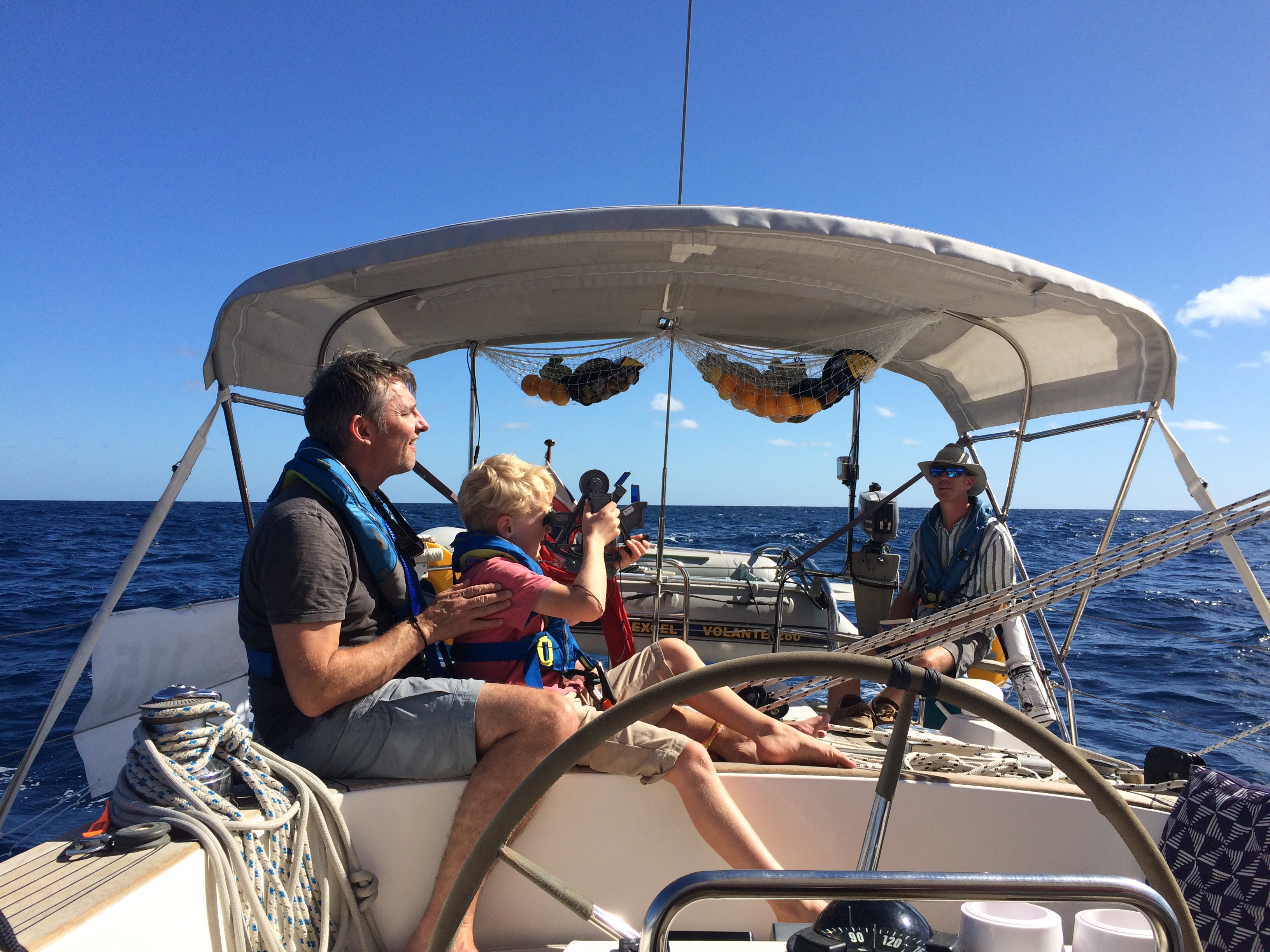 Russell managed to make sour dough bread with the yeast culture we’ve been keeping alive, nicknamed “the empress” and I even did some baking with the boys!

The boys have enjoyed painting every day, huge thanks to my siblings for providing games, audio books and amazing art goodies to help keep the boys occupied. They were all used very well.

The last few days were tough with the wind directly behind us and we felt it was easier to hand steer rather than use the auto helm as it slewed the boat with each wave and created this ping pong rolling motion back and forth. Hand steering is hard work but we needed to avoid accidental gybes which are dangerous and damaging. Soon we were onto the last milestones of 1000nm to go then 500nm and then the magical figure of 167nm (which is about how far we sail in one 24 hour period), so only one more day till the finish line and dry land!

We were all truly knackered (except the children), and if you’ve sailed into Rodney Bay on St. Lucia before, you realise you have to turn and sail into the wind which was a bit of a shock to the system after three weeks of downwind sailing. We even had to tack to cross the finish line. We sailed the last section as fast as possible with the stereo blaring The Greatest Showman, it was all a bit emotional (I blame sleep deprivation)!

We were greeted warmly by the ARC team and fellow Arc friends and families and handed a cup of ice cold rum punch on arrival in the marina. We were over the moon, we had done it. Hurrah. Now it was time to recoup, mend things and have fun (and have a blissful whole nights sleep, or several thereof to recover).

Time to relax and enjoy paradise! We have sailed as a family across the Atlantic. Wow.

15 thoughts on “The ARC finish line…”