“Pretty intense” are the words I have used to describe this section of the journey. Having headed south to pick up the trade winds, we certainly picked them up and headed west. Further north in the Atlantic were various fronts so we had confused seas, over 12ft of swell from the north and 8ft of waves from the north east. Plus we hit the area of squalls so we had wind gusts up to 38kts, Force 8. 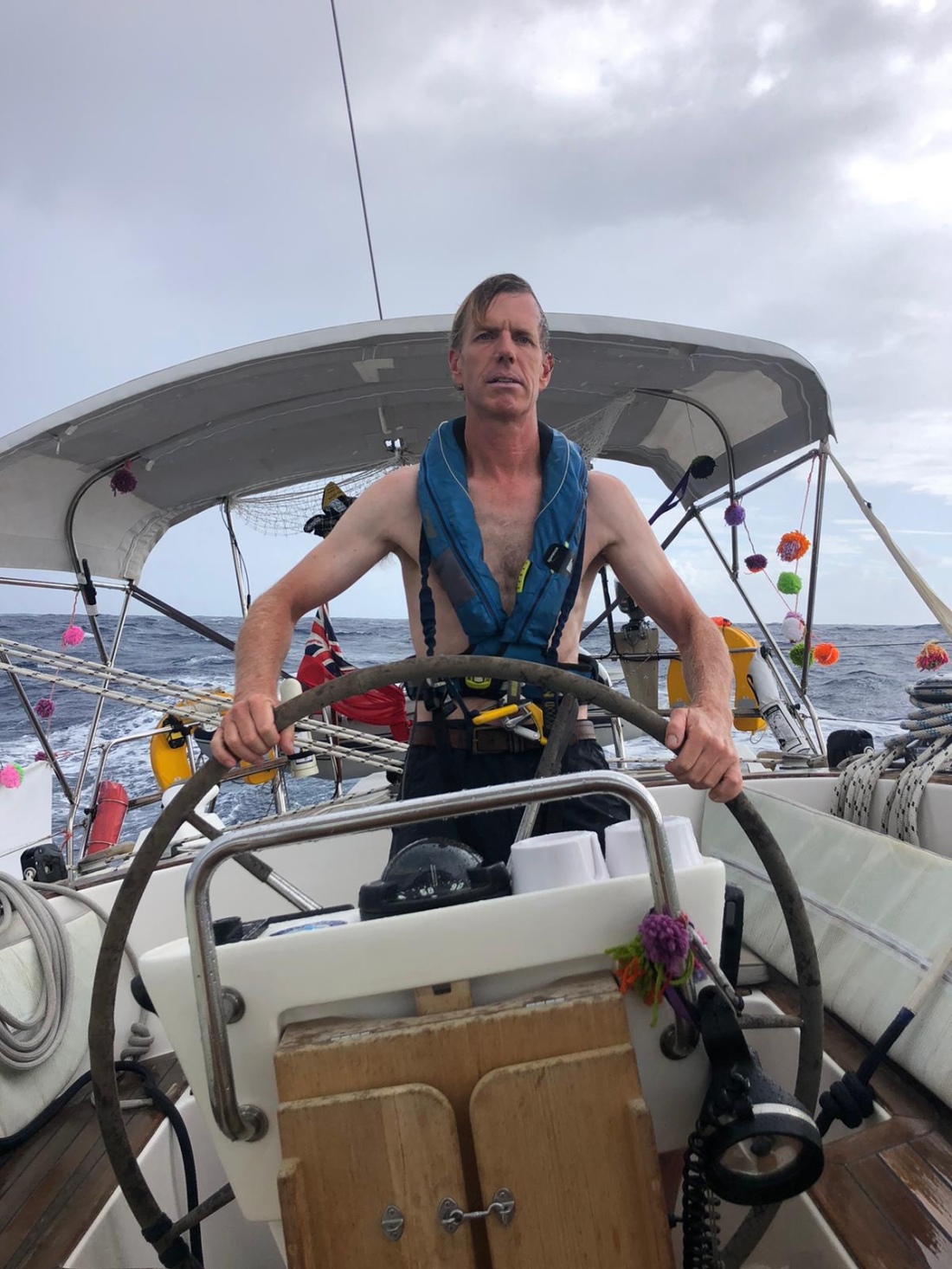 Trying to do anything except bruise yourself on another hard surface was impossible. We used the radar to watch for squalls about to hit us at night (red splotches = squall approaching us). I had eight in my four hour night watch alone! 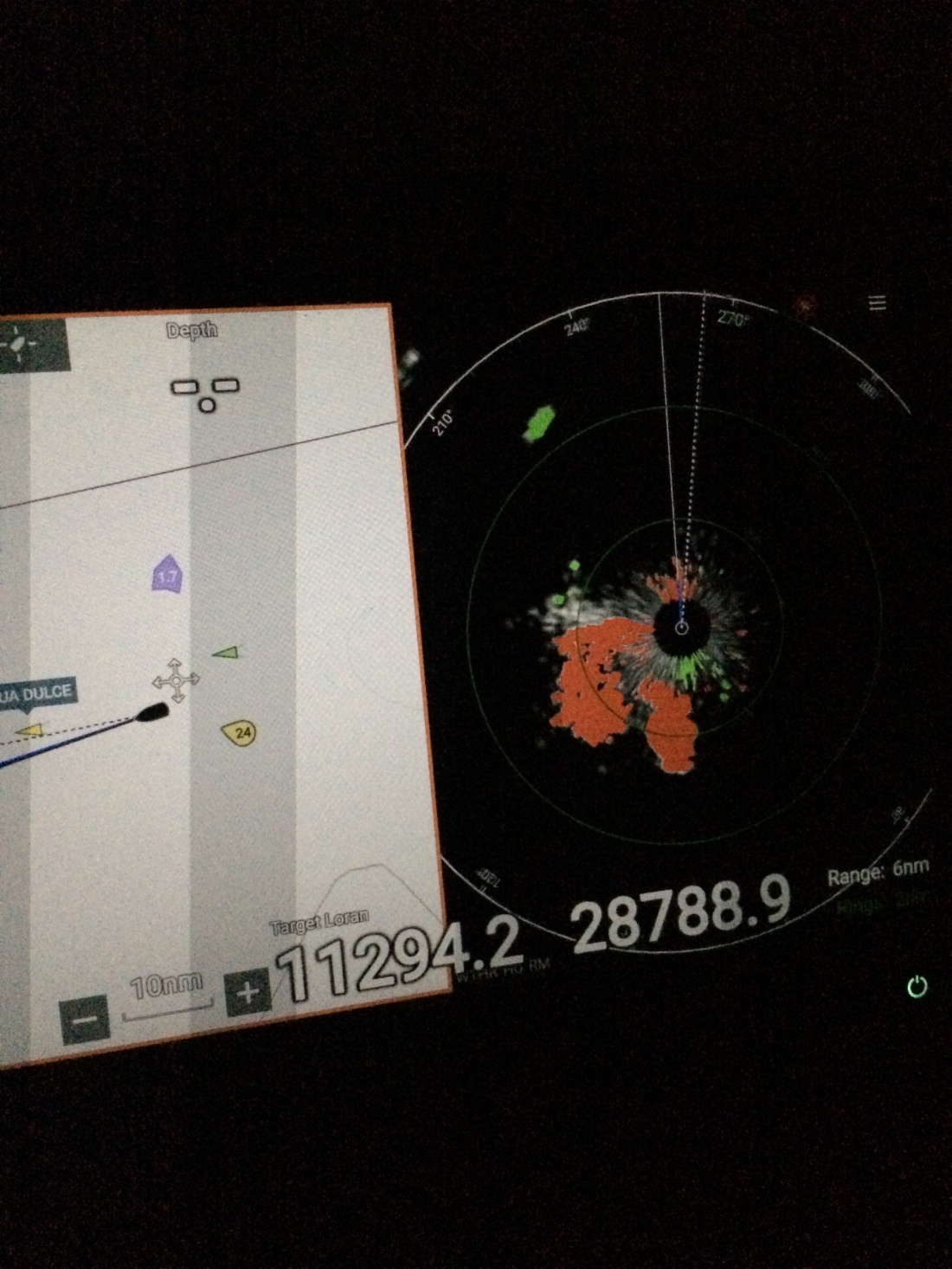 My nice school routine with the boys was shredded and I resorted to Swallows and Amazon’s audio books and letting them play with Lego for hours on end as it hurled across the galley floor. Poor Paul had to tread through this chaos to get to his cabin, I think we all have Lego foot injuries to add to our bruises. Even trying to make a cup of tea was dicing with a potential scalding as boiling water and mugs were hurled all over the place. I have no idea how I managed to cook each day, but it was mainly through gritted teeth! Various bits broke too, first the boys toilet. One last section of pipe we hadn’t replaced as it was impossible to get too, blocked. So I now have a large hole in the heads vanity unit as Paul and Russell has to hack saw through it to find the pipe cable tied in place. No wonder it didn’t pull through. It was a full day plus to repair it, a lot of gritted teeth and sweating in 30 degree heat and to recover from the smell… 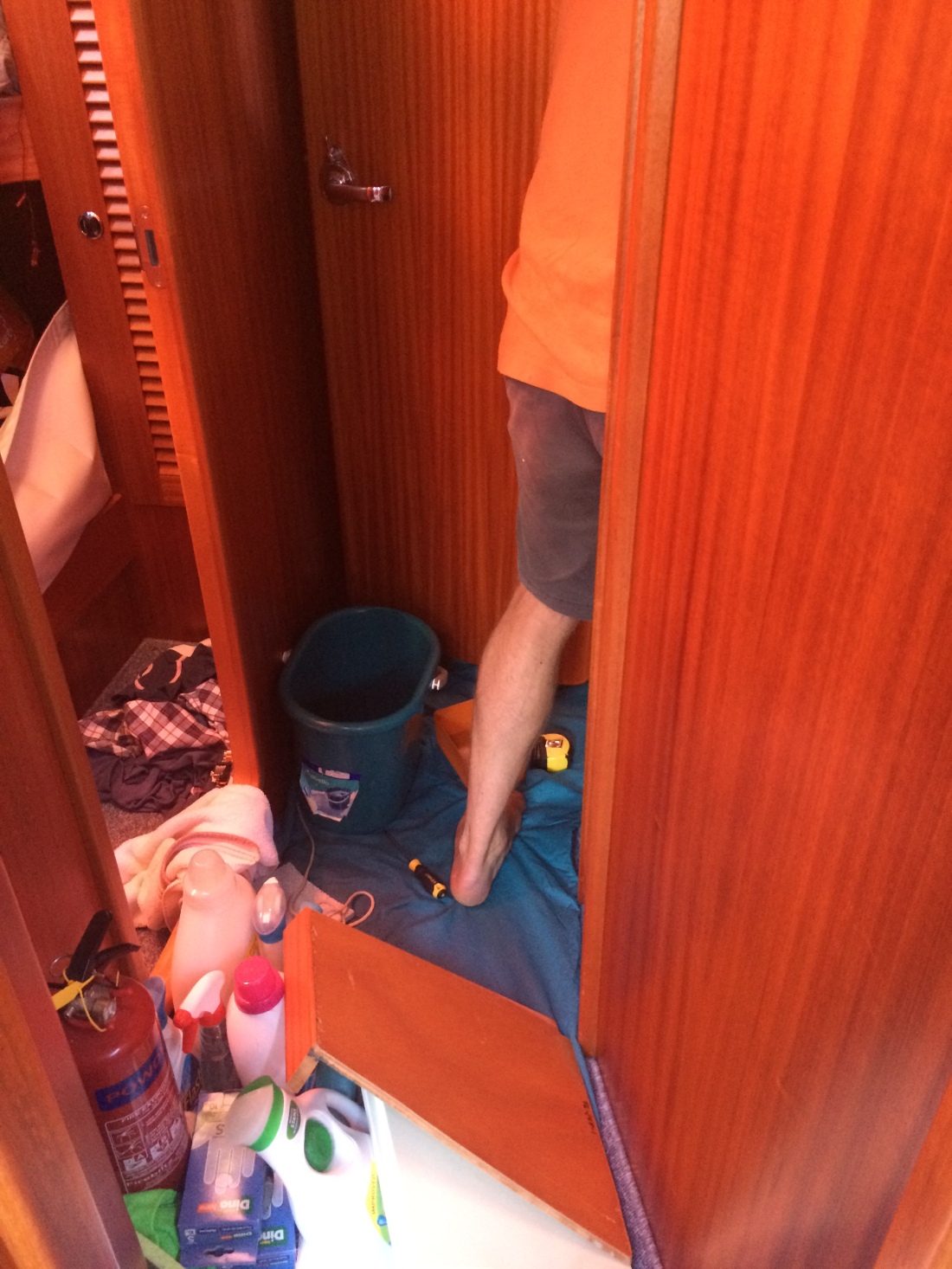 Next the water maker broke, the pump blew. Probably trying to cope with the boats motion like us. Then our drinking water turned red, with what we guessed to be rust. Turns out the pump lining had gone. 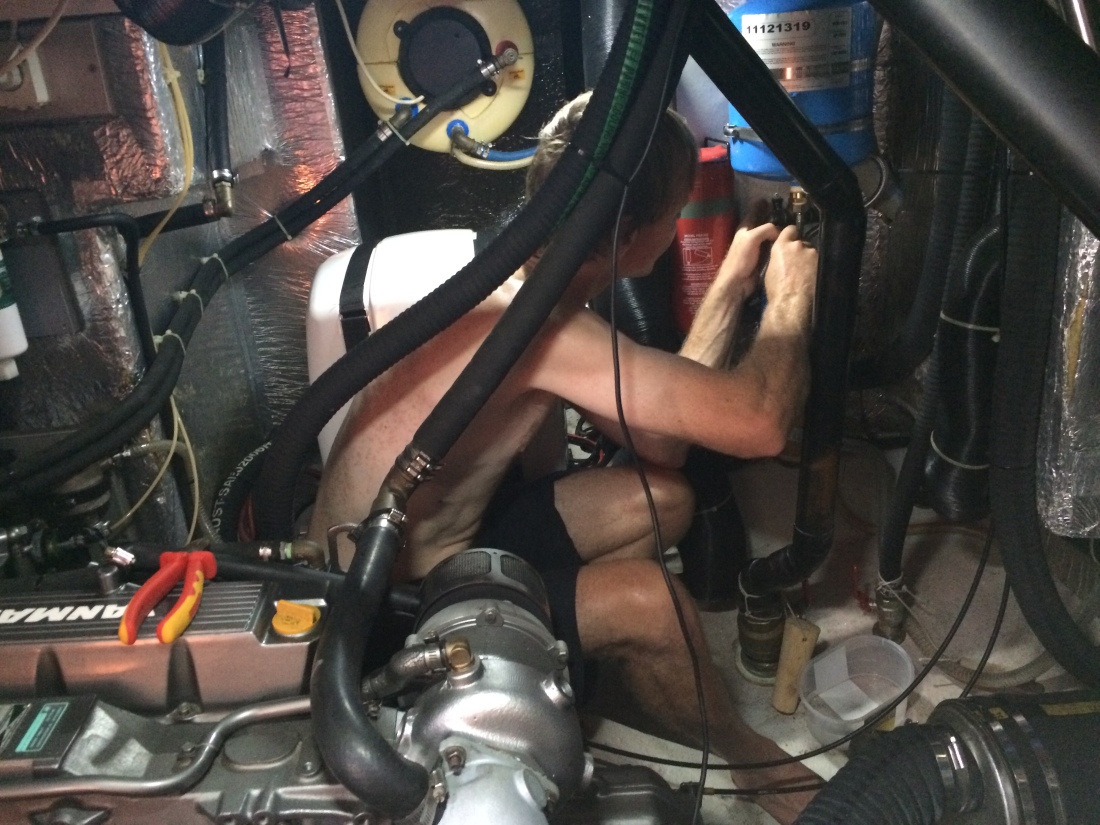 Either way it was pretty hideous to drink it, but that we did, not a huge amount of choice. Urgghh. Well done to everyone and particularly Paul for putting up with this really tough patch both mentally and physically. Oh and did I mention that the boys started fighting too. Let’s say it was just hideous (although we grinned and joked our way through it) and I shall move on….(the boys still made dens in the saloon)

Sleep was no better as the sound of the thrashing waves hitting the hull, the jerking movements as we were thrown around by the seas meant sleep was exhausted dozes at best. Tiredness for everyone really set in, even though we were on a four hour watch system, it was hard, you can see it in Paul’s face already!

Although top prizes for the boys sleeping through everything and waking up early ready for action. They often joined me on the dawn watch (breaking my one moment of solitude!)

This week the moon appeared in its full glory and lit up the sky at night. We swapped unlimited stars for some night visibility. Russell even saw dolphins swim along side the boat at night, watching their streams of efflorescence.

4 thoughts on “The middle bit…”